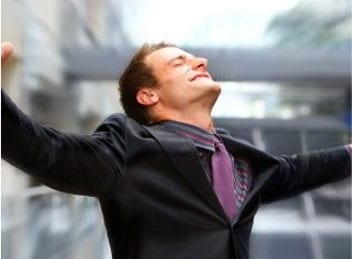 Discover how forensic brain rewiring enabled us to permanently address, regress and release the cause responsible for this block. Reconquering his freedom from the weight of an imprint that had, for years, paralyzed his potential, instantly fueled his drive, performance and results.

In my office, the fifty year old explained he had been a high achiever since childhood. His reputation as a problem solver, go getter, and winner, had allowed him to rise to the top of the corporate ladder. His success in the high-tech industry however came to an abrupt halt with the dot com burst. As the market crashed, high-tech corporations began reporting unprecedented losses. Silicon billionaires, suddenly out of work, began losing their million-dollar estates and lifestyles. Their world disintegrating underneath them, they had to reinvent themselves.

The then forty year old had to let go of everything and move out of state to accept a new position. He hoped this would be a new start on life. His marriage, however, did not survive the change, and the unexpected divorce left him even further affected. Having lost everything, shaken by fear and financial setbacks, parachuted to a new environment, and left by his spouse, he found himself struggling with dark depression and symptoms of post-traumatic stress.

Suddenly, he became unable to accomplish tasks he had always performed effortlessly. Procrastination began to plague him, slowing his recovery even further. Trying to muscle his way through this created rising anxiety.

Dread and fear built within, prompting him to turn to just about anything his mind could find to escape the projects at hand. He would find himself checking his e-mail, responding to text messages, surfing the web, checking the weather, doing house chores, anything and everything to avoid facing the work he needed to tackle. For the first time in his life, he was beginning to lose ground.

“I suddenly have a block with work projects,” he explained. “A fear of taking action. I’ve never had this problem before. I always got things done, no matter what stood in the way. I was known as a problem solver. I always found work, because everyone knew I got things done. Now all of a sudden, after this series of setbacks, I am plagued by constant procrastination. I let everything pile up until it becomes overwhelming. It’s almost as if I were fearing negative consequences from getting the work done. Yet, I’m very aware the more I procrastinate, the more I amplify the potential for negative consequences. Still, I cannot find a way to control this.”

This is a typical example of adult-life events suddenly triggering mental malfunctioning. Unavoidably, people tell me they stopped functioning efficiently following an adult-life event and believe the trauma to be the cause of their current issues. While the recent adversity certainly acts as a trigger, what we find however, is that root causes for current malfunctioning of the mind typically go back much beyond adult life. Almost always, they are rooted in early-life events.

When there are no early-life fracture underneath the surface, we might be brought to our knees by adversity, but we eventually find our way back to normal functioning. When we don’t, when post-traumatic sequels remain and resist, it is usually the sign they have triggered life-long wounds lying dormant beneath the surface.

I often compare this to the San Andreas Fault extending through California. You may travel over it with the impression the earth underneath is solid and stable. However, deep below the surface, lies an extensive fracture, a fragility, a vulnerability. The San Andreas Fault is the tectonic boundary between the Pacific Plate and the North American Plate. When earth plates shift underneath areas where foundations are solid, the terrain is able to flex, stretch, bend and adjust without too much damage. When the shift happens to hit an existing fracture, however, everything collapses, prompting considerable damage. The same applies to our emotional fabric.

Early life wounds leave fractures, fragilities, vulnerabilities hidden silently below the surface of our otherwise resilient coping mechanisms. We compensate (often over-compensating) to continue functioning to the best of our abilities. Left unaddressed, however, the wounds remain. When an adult-life shift, traumatic event or shock happens to hit a specific area of vulnerability, the mind suddenly begins to malfunction. We develop glitches, issues or symptoms, sometimes referred to as post-traumatic stress.

I am often asked how we can identify the root causes for adult life malfunctioning, when the person themselves is unaware of them. The mind always knows. Anytime our mind begins to experience issues, it knows precisely why and what it is trying to avoid. Along the course of our journey in life, whenever something shakes us, threatens us at some level, or creates deep discomfort, our mind takes a snapshot of it. We may think we forget the event, but it remains stored in our brain’s database. Later in life, when we encounter events bearing similarities to these earlier snapshots, our mind reacts based on the original trauma, with the response experienced at the root cause, based on the age we were at that time. This is an automatic response from our mind to protect us from a situation it has learned to regard as a threat. Regressing an issue to its cause forensically allows us to understand the reasons for our current responses, reactions and actions.

In session, we brought the executive back to the situation triggering his current struggle: sitting at his desk, attempting to focus on a project. Instantly, he began experiencing the symptoms he had described: tightness in the throat, pressure in the temples, heaviness spreading across the forehead, as an impending sense of dread and anxiety unfolded and expanded throughout his mind and body. Igniting the correct negative emotions opens a direct pathway to their root cause.

Interestingly the initial sensitizing event for his sense of dread and fear of taking action brought us back to something that had happened when he was 3 years old. A toddler full of energy, action-oriented and adventurous, he momentarily escaped the watchful eye of his parents and managed to climb to the edge of one of the windowsills. When his parents noticed he was leaning against the window, chaos exploded around him. The high-pitch screams of his mother tore through the silence. In the blink of an eye, his father came bolting through the door and leaped toward him, grabbing him so abruptly both of them came close to collapsing. Wide-eyed and puzzled, the toddler remained stunned as his father and mother both yelled at him simultaneously, shaken by their sudden and intense fear for his safety.

In my office, it is now the 3 year old speaking to me: “I am so scared… I have never seen my mom and dad so mad at me… They are yelling at me… I must have done something very wrong… I shouldn’t have climbed the window… They had told me not to climb the window… I feel guilty… The fear and the anger I sense in them is terrifying…”

Here again, we have all of the components for a lifelong imprint gathered: strong emotion, repetition and authority figures. Analyzing the origin of imprints at the subconscious level of the mind enables us to finally understand, address and release the negative programming left behind by past traumatic events. It gives us the opportunity to rebuild and restore our self-image, and finally detangle our potential from the limitations left behind by traumatic events.

In situation, we brought the adult self to the rescue of the 3 year old. Removing the toddler from the situation charged with intense emotions, we explained to the little one the reaction he witnessed and experienced at that moment was simply a reflection of the panic felt by his parents. When they realized he was in imminent danger, they also likely projected a reflection of their own guilt, for having lost sight of their child for a moment. Being able to bring this understanding, clarity and comfort to the 3 year old allows us to restore the truth and perspective of the event. Suddenly, he is able to understand that, while his actions could have endangered him as a 3 year old, they also reflected his positive energy and adventurous spirit. And that while, at 3 years old, we are not always able to assess our safety in the most appropriate manner, the adult of today certainly is. The key here is to bring to the mind the realization that today, the adult is perfectly capable of taking the appropriate measures to best ensure his safety. Even further, today it is his very ability to take action that allows him to ensure his safety, security, success and wellness.

Projected back in his original example situation, the executive, returned to his adult age, indicates: “I now feel very good at the idea of tackling my project. I feel calm. I am no longer aware of anything holding me back. Suddenly, I realize the block I experienced was due to a paralyzing fear of the reactions of others. A fear of them becoming angry at me. There is no more justification for this fear in my life of today.”

Emerging from the session, he exclaims: “Wow! I had no idea I still remembered that event! I had forgotten how mad my father was that day… I hadn’t thought about this since it happened. I certainly didn’t realize how much it still affected me!” 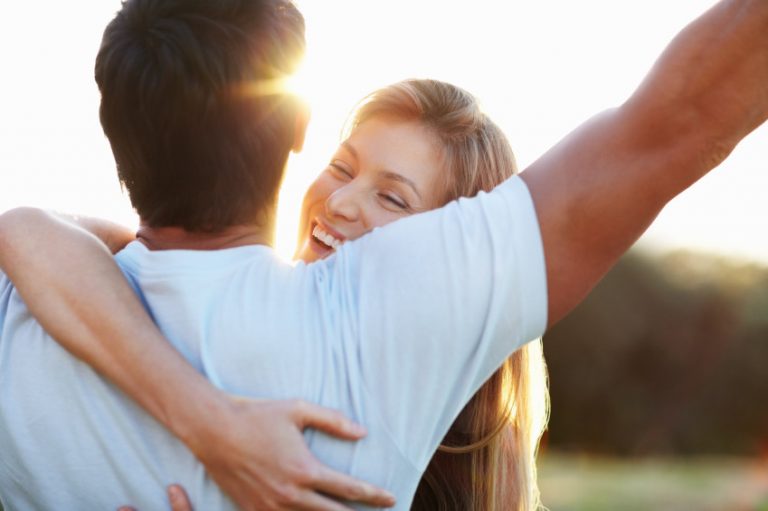 A week later, coming back for his follow-up visit, he beamed: “The problem is completely resolved. The change is miraculous. And it’s not merely the procrastination that has disappeared. My attitude, the way I’ve been interacting with my family, and others around me … everything has changed. My wife even asked me if I was the same person!”

Correctly identifying, addressing and releasing the root cause of a problem of this nature allows us to disconnect its hold on our subconscious mind. When we understand when and where the imprint took place, we are able to shift our perspective of the initial sensitizing event, resolve it, and recover our truth, strength and peace of mind. 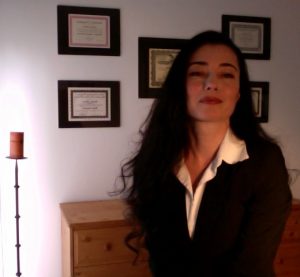 Genvièv Martin-Bernard, President of the Oregon Hypnotherapy Association, is Board Certified and a Certified Instructor with the NGH, a Valedictorian from the Ivy League Sorbonne University of Paris, and an Emergency Medicine First Responder with the Wilderness Medicine Institute. She has decades of experience researching, practicing, and teaching the concepts and applications of working with brain plasticity and forensic regression in the U.S. and overseas. With specialized training in forensic discovery, and years of expertise in the legal field, she acted as a communication liaison in complex and critical situations, including duties for the Department of Homeland Security and the US Court System. She is the founder of a Forensic & Clinical Brain Research Center and can be reached at https://www.genvievhypnosis.com/