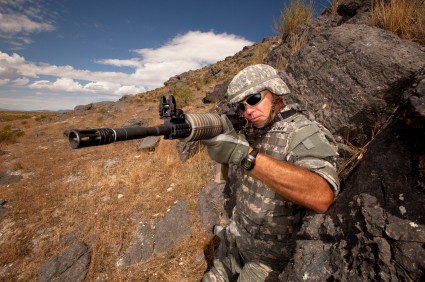 Pentagon Surveys of the Mental Health of Troops 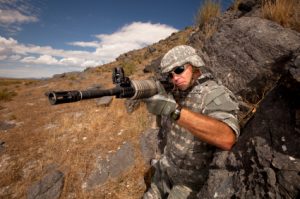 Anxiety, depression, acute stress, survivor guilt and sleep disorders are common post-deployment issues in combat troops returning from war. Their lives constantly endangered by sniper fire, IEDs and the theat of falling into enemy hands, they witness violence and death on a daily basis, including among their closest team members and comrades. The toll is physically, emotionally and psychologically traumatizing and has long been known to lead to post-traumatic stress disorder (PTSD). PTSD is a lasting consequence of traumatic stressors in which intense fear, endangerment or terror were experienced. Symptoms of PTSD may begin immediately or not surface for six months, a year, or even longer. The severity and duration of PTSD vary. Some people recover within six months, while others suffer much longer. In some cases, the symptoms worsen and, without proper treatment, may last for months or even years.

Pentagon surveys assessing the mental health of troops found one-third of soldiers and Marines in high levels of combat report anxiety, depression and acute stress. Studies published in the Archives of Internal Medicine and carried out by researchers at the University of California, San Francisco, and the San Francisco Veterans Affairs Medical Center, report 31 percent of more than 100,000 veterans studied were diagnosed with mental or psychological problems. Post-traumatic stress disorder was the most common condition reported, affecting 13 percent of all Iraq or Afghanistan veterans who sought VA services, according to the study. Slightly less than the 15.2 percent tallied for veterans of the Vietnam War, but far above the 3.5 percent reported in the general population.

Severe anxiety, panic, survivor guilt and depression are among common symptoms of PTSD. Recurring images of the traumatic events may replay in the mind as flashbacks, often with the same degree of anxiety as during the events themselves. Or, they will suddenly feel as though the events are occurring in the present. Recurring nightmares of the traumatic events are dramatic and disturbing. Tension and anxiety being felt throughout the day, PTSD sufferers are often hyper alert and easily startled. Additionally, nightmares, anxiety, stress and depression often lead to sleep disorders.

As symptoms progress, those experiencing occupational trauma have a tendency to withdraw from the world, show less emotion, and become disinterested in people and activities once considered important. They avoid situations that might stimulate memories of the traumatic events. Guilt, depression, and sudden outbursts of aggressive behavior may also surface. Drug and alcohol abuse may develop in some as they attempt to manage these responses. 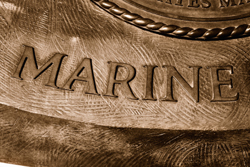 Our troops returning from war need time, support and understanding to assimilate a trauma of this magnitude. After months of combat duty, they are flown back within hours, and suddenly find themselves isolated from their teams, removed from their missions and all-consuming purpose.

One of the most important things we can do for our troops is to be there for them, to welcome them back home, recognize their selfless courage and express our gratitude for their service.

“Welcome home,” “Thank you” and “Thank God you are alive” are among the important words they need to hear from us.

A Long Tradition of National Defense

The niece of Bernard de Gaulle, nephew of General Charles de Gaulle, President of France, Genvièv was raised in a family heritage enriched by generations of involvement in national and international defense.  As General de Gaulle led the Resistance Forces during World War II, refusing to abandon the fate of his country, even as it was occupied by enemy troops, Genvièv’s aunts and uncles fought in the Resistance, alongside American troops. Her long-standing family history of international alliance for national security stands as the core of her personal and professional code of honor, values and ethics.

Semper Fidelis, the motto of the United States Marine Corps since 1883, examplifies the code of honor, values and ethics of our troops.  Latin for “always faithful,” it stands as a reminder of their courage, commitment and pride. A brotherhood that can always be counted on and depended upon, they are faithful to their mission, each other, the Corps and their country.

Our post-deployment trauma relief services provide our troops with equal level of commitment, determination, courage, loyalty and faithfulness. Designed to serve our troops, we continue on when others quit and are committed to their wellness.

Clinical hypnotherapy specialilzed in PTSD, depression, panic and anxiety has proven and lasting success. While most therapeutic methods work at the conscious level of the mind, the power of hypnotherapy lies in its ability to work at the subconscious level, thereby directly targeting the source, or root cause, responsible for the physical, mental or emotional symptoms. Reframing the sensitizing events with hypnotherapy enables us to unveil, shift and release trauma-related wounds, restore peace of mind, recover quality of sleep and rebuild the foundations for a strong, peaceful and solid future.

Please note we require a physician’s authorization before initiating work on diagnosed conditions. Working in collaboration with your medical team enables us to ensure your progress in an optimal manner. If you are currently taking prescription medications, do not stop or reduce your dosage without your doctor’s approval. As clinical hypnotherapists, we work in close cooperation with medical doctors, psychiatrists, psychologists, nurse practitioners and social workers. Your continued progress is monitored by your doctor. This enables us to provide you with optimal results.