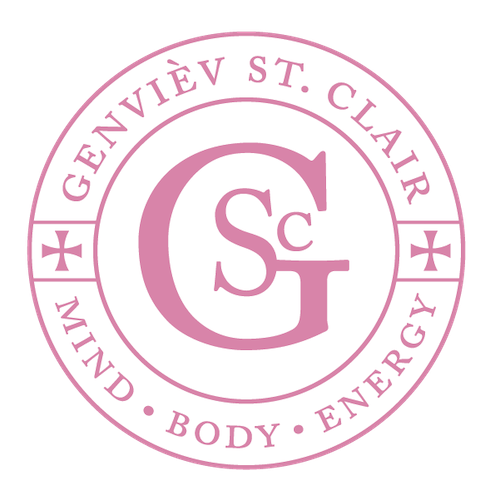 In helping crime victims and witnesses recover both their emotional balance and memories, forensic hypnosis provides law enforcement with vital information and leads allowing them to bring resolution to their unsolved cases.

In Marion County, Oregon, in an aggravated assault case, the victim came to see us for severe anxiety and PTSD following the attack. Bleeding from the nose and mouth, her jaw fractured, the victim had no recollection of the attack, who had assaulted her, or even wandering her neighborhood streets in a state of shock until she was found by a neighbor. Her memory of being brought to the hospital itself was vague and foggy.

Our primary goal was to stabilize the victim’s emotional state. The secondary goal was to retrieve her memories of the attack to assist law enforcement with their ongoing investigation.

In a state of hypnosis, the victim was able to remember the time of the attack, the details of the room where the assault took place and seeing her husband’s car in the driveway during the timeframe of the attack. The information collected enabled law enforcement to pursue this specific lead and the husband, who already had a history of physical abuse in the marriage, was later found guilty of the assault.

The victim had blocked the memory of her assailant out of her mind, in part due to the traumatic nature of the assault and also because of a fear of what would happen to her if her husband was found guilty and sent to jail. Stress, fear and trauma can affect the normal functioning of our memory in a number of ways. In some cases, the traumatic event in itself can be repressed partially or entirely from the conscious memory. In other cases, while memories of the traumatic event remain intact, post-traumatic stress disorder can lead to subsequent troubles in the person’s capacity to focus, process, comprehend and retain information following the trauma.

When not properly addressed, memories of the traumatic event can start replaying in the mind in the form of intrusive and uncontrollable thoughts. The feeling, commonly referred to as broken record, is common in post-traumatic stress disorder, obsessive-compulsive disorder and depression.

In addition to helping crime victims and witnesses recover the missing pieces of their memories, hypnosis enables us to address the secondary effects left behind by trauma and empower survivors to recover their emotional balance, strength and peace of mind.

What is Forensic Hypnosis

When law enforcement officials need witnesses or victims to relay information from a crime scene, their memories are not always as helpful as they would like them to be.

According to Senior Special Agent John Kilnapp of the Bureau of Alcohol, Tobacco and Firearms, hypnosis may be the only way to recover the details of a traumatic event crime victims blocked out of their mind.

Neuroscientists studying electroencephalograms of the alpha and theta brain cycles experienced during hypnosis, explain the deep, attentive physical, mental and emotional relaxation characteristic of this state produces a significant increase in endorphin levels, our body’s natural opiate system, as well as in dopamine and norepinephrine levels, enhancing our focus and attention.

This creates an ideal state for synthetic thought and creativity, functions of the right brain hemisphere, placing us in an optimal condition to learn new information, remember facts and data, memorize new languages and analyze complex situations. Helping witnesses and victims enhance their clarity of mind, enables us to revivify their recall, thereby providing law enforcement officials with vital information and leads.

RANDY BOWEN, Acclaimed Marvel Comics Sculptor
The fog has lifted… I can't tell you how much I appreciate Genvièv’s skill. It is like being in an automobile with icy frosted windows, and having the warm, defrosted air engage to clear one’s vision to the outside world... I did not realize the profound effect she would have upon me. Many thanks!
BOEL STODDARD, Founder and President, Essential Planet
Genvièv has a depth of knowledge and expertise in her field that puts her in a class of her own. Whether I experience her skills in session, or have the pleasure of listening, spellbound, as she educates us about hypnosis, there is no doubt that I am always in the best, most capable hands.
DR. JEFF SALTZ, Author, Anthropologist, Explorer, Motivational Speaker
Genvièv is a breath of fresh air! I have known her for quite a few years. Her YouTube series captures only a small part of her inspirational message. She brings grace, wholeness and opens worlds of possibilities to all those whose lives she touches. Carry on, Genvièv... Take us all to new heights!
SUSAN CHERNAK MCELROY, New York Times Bestselling Author of All My Relations and Animals as Guides for the Soul
Wonderful work, deep work, work that has helped me to restore much of the vitality and creativity I thought was lost to me. Can't recommend highly enough. Thank you, lovely lady!
WILL MCKNIGHT, Adjunct Instructor of Criminal Justice
Genvièv's presentations are so powerful and well received, I am hoping she will be willing to loan us the richness of her expertise again. The students genuinely appreciate her.

Below are reports from our criminal case files:

The forensic session was professional and effective.Genvièv worked well with us in asking the right questions and bringing to the surface parts of our witness’ memory she hadn’t remembered in 12 years. I would return in future situations for this and other cases.

Jay Margolis, New York Times Best Selling Author
I am an investigative reporter and I was looking specifically for a professional forensic hypnotist for a criminal investigation. Genvièv was courteous, kind, patient, and very accomodating to me and my interview subject. I will be recommending her to everyone I meet and will most definitely use her services again when I require them. I wish her much success because she is a hard worker. She is the best in her field.
New York Times Best-Selling Author Susan Chernak McElroy
Wonderful work, deep work, work that has helped me restore much of the vitality and creativity I thought was lost to me. Can’t recommend highly enough. Thank you, lovely lady
Author, Anthropologist, Inspirational Speaker Dr. Jeff Salz
Genvièv is a breath of fresh air! I have known her for quite a few years. Her YouTube series captures only a small part of her inspirational message. She brings grace, wholeness and opens worlds of possibilities to all those whose lives she touches. Carry on, Genvièv… Take us all to new heights!
New York Times Best-Selling Author Eldon Taylor
Genvièv is a very capable hypnotherapist and hypnosis trainer. Her skill set is both broad and deep and as such, she is well prepared to deal with issues ranging from those involving motivation to matters of a far more complicated nature. If I were to call upon a hypnosis specialist today, it would be Genvièv. It is without hesitation that I recommend her to any and all interested in hypnosis.
Dr. Joseph Bennette, Editor-In-Chief, OHA Northwest
Friend and associate, Genvièv is the real deal. Having overcome severe adversity herself, she’s highly trained and experienced in hypnosis, multilingual, achievement oriented, a mind/body athlete and nice person – and stars in a pretty good video series – see for yourself. I unreservedly recommend her – contact her and find out why

Fellow and former President of the Oregon Hypnotherapy Association, Genvièv is Board Certified and a Certified Instructor with the National Guild of Hypnotists. She was professionally trained in Forensic Hypnosis by a retired Police Officer and former Marine with a lifelong experience assisting Police Departments in retrieving the most information possible.

She brings to the table many years of experience in the legal field. After graduating top of her class from the University of La Sorbonne Paris with a Master’s Degree and a DESS in Foreign Affairs and International Law, she spent years as an executive in the legal and litigation support fields assisting major law firms with the coordination of their cases.

She worked on the production of prosecution exhibits for the Los Angeles District Attorney’s Office during the O.J. Simpson and Menendez Brothers trials and followed intensive specialized training in Forensic Discovery and Computer Forensics.

Genvièv has extensive experience acting as a communication liaison in complex and critical situations, including duties for the Department of Homeland Security and the US Court System. She also has a decade of experience in combat training, crime awareness, protection and self-defense. A member of the International Hapkido Federation’s Black Belt program, she was trained in hand-to-hand combat, firearms and weapons by a former Lieutenant in the Foreign Legion Anti-Terrorist Unit.

Genvièv’s presentations on Forensic Hypnosis are so powerful and so well received, I am hoping she will be willing to loan us the richness of her expertise again. The students genuinely appreciate her.

A crime-fighting tool often kept under the radar, forensic hypnosis refers to the application of hypnosis in civil and criminal investigations to enhance the recall of pertinent details among victims and witnesses.

The use of forensic hypnosis in criminal justice and law enforcement dates back to 1845. First used to solve a burglary case, it has since been used in a number of high-profile cases, including the criminal prosecutions of Ted Bundy, Dr. Sam Sheppard, the Boston Strangler, New York City’s Mad Bomber and the Scott Peterson case. In 1976, the use of forensic hypnosis gained national recognition when a school bus driver and 26 students, aged 5 to 14, were kidnapped and buried alive. The driver escaped and was able, under hypnosis, to remember the license plate number of the abductors’ white van.

While Courts are divided over the admissibility of hypnotically elicited testimony, forensic hypnosis can be an important element in the preparation and outcome of a trial. Its use has been upheld by the US Supreme Court. In states where hypnosis is not admissible in court, forensic hypnosis, when conducted properly, can still produce vital information, leads and credible testimony to be pursued and verified independently.

Forensic Hypnosis on the Last Frontier

More on Forensic Hypnosis on The Last Frontier: Genviev TV