In the spring of this year, a bright young woman came to seek my help for severe exam anxiety. Considering she had a four-hour round-trip drive to get to me, we conducted a single session, six months prior to her exam, to uncover, shift and release the root cause responsible for her unexplained anxiety. 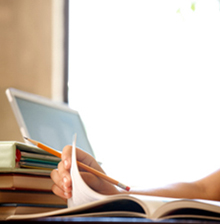 A straight-A student through the course of her youth, she never worried about exams and succeeded effortlessly until she suddenly became plagued by acute anxiety shortly after starting medical school. She couldn’t comprehend what caused such radical shift in her abilities and performance. Her symptoms were so severe, she experienced debilitating panic attacks during examinations, paralyzing her capabilities and rendering her unable to think, process the information and perform appropriately.

The anxiety built within her chest, prompting shortness of breath and moist palms. Mounting panic rushed through her, tears bursting through her eyes, as her thoughts spun out of control telling her she would not be able to do this. Her condition worsened as the test progressed, culminating into a debilitating panic attack rendering her entirely unable to perform. For the first time in her life, she was unable to maintain her academic excellence and failed her Medical Board Examinations two years in a row before ending up in my office.

In a state of hypnosis, she was brought to the situation triggering her anxiety: sitting in an exam room, in situation, attempting to take her Medical Board Exam for the third year in a row. Instantly, she began exhibiting the symptoms she had described: overcome by spasms, hyperventilating, crying, her body curled up into a full-blown panic attack. As soon as she connected to the anxiety she experienced during examinations, we age-regressed her panic to its original cause.

What we call the ISE (Initial Sensitizing Event) was, in her case, criticizing comments addressed to her by one of her professors during her early years of medical school. As a young student in her early 20s, entering the medical field for the first time, she was impressionable and under pressure to perform. Whenever our emotions are heightened by stress or a sense of insecurity, our subconscious mind becomes more vulnerable to imprints. An imprint is a statement our subconscious mind takes in as truth at a level so deep, it bypasses our conscious, logical, barriers and becomes edged in the emotional fabric of our mind, embedded as truth. The event itself is often forgotten thereafter, leaving us with an “imprinted” truth that becomes our reality, influences our actions and reactions and changes the course of our path. When the ISE comes from a figure of authority, it is all the more easily accepted and integrated as truth by our subconscious mind. In the case of this bright young woman, the root cause responsible for the collapse of her academic excellence originated in the threatening comments of a professor, who had expressed doubts about her ability to be successful in this field. 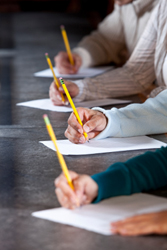 Once the root cause is unveiled, in a state of hypnosis, we are able to analyze the situation in a logical manner, with a clear, detached frame of mind, freed from the confusion of unnecessary emotions. We are able to reflect upon the fact the professor did not know her personally, was not aware of her lifelong academic track of excellence and therefore had no way of knowing whether or not she had the ability to excel in this field. There is no logical reason for a bright student, who always excelled in her studies, to suddenly lose the ability to continue excelling in her field of choice. Having no personal knowledge of this student, the Professor’s comments could have just as well been brought on by her own self-doubts, inner-fears or preconceived limitations. This student having excelled effortlessly throughout the course of her education had long demonstrated the ability of her mind to comprehend, memorize and put courses into proper application. Analyzing imprints at the subconscious level of the mind, while in a state of hypnosis, enables us to delete the negative programming left behind by authority figures, restore our self-image and renew our original potential.

Uncovering the root cause of a problem of this nature in a state of hypnosis enables us to disconnect its hold on our subconscious mind.  When we understand where and when the imprint took place, we are able to shift our perspective of the initial sensitizing event and reveal the truth behind the illusion.  Very often, when we are at the receiving end of an attack, we are in fact witnessing a reflection of the attacker’s own fears, problems and limitations.  Once we understand that, we are able to observe the actions of others from a different perspective and prevent them from affecting our sense of self-worth.

Having successfully resolved the root cause of this young woman’s anxiety, we followed up with techniques targeted toward restoring her natural confidence and success.  During hypnosis, we also anchored post-hypnotic commands enabling her to remain deeply relaxed, focused and comfortable during her board exam with a simple finger technique, allowing her complete control of her breathing, clarity of mind and physical, mental and emotional states.

One week prior to her Board Exam, we conducted a follow-up session to reinforce her shift, strengthen her ability to reach a deep level of calm, focused relaxation and clarity of mind throughout the length of the exam and deepen her self-confidence.  We solidified the calm, peaceful, solid and serene awareness she experienced during her hypnosis sessions.  Lastly, we trained her in exam-taking techniques, allowing her to make optimal use of her time during the length of the exam, in order to progress through every question in a calm and efficient manner. 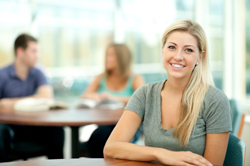 She attended her anticipated Board Exam the following week, for the third year in a row. This time, she passed with flying colors. The root cause unlocked, shifted and released, the paralyzing panic and anxiety, which had plagued her since medical school and caused her to fail two years in a row, were permanently disconnected. The exam techniques enabled her, she reported later, to prioritize her responses efficiently and make excellent use of her time in a calm, focused and goal-oriented manner. She completed her morning session with one and a half hour to spare and her afternoon session one hour early.

She now enters a new chapter of life and the career of her dreams, freed from the weight of an imprint that had, for years, paralyzed her potential.