On Saturday, we had the fortune of welcoming Dr. Eldon Taylor to Portland. Meeting Eldon is an experience that leaves you transformed. Having collaborated on his book launches for the last several years, I was well-versed in his research, writing and path. Yet, nothing can prepare you to the impact of meeting him in person. Interpersonal interactions are part of day-to-day life. We constantly collaborate with one-another. However, one in a great while, you meet someone whose presence, energy and spirit leave a footprint on your soul that changes everything. Eldon is one of these incredible beings. I had the blessing of spending an entire day with Eldon and Ravinder, from the landing of their flight, through the day-long coordination of our conference, all the way to their evening departure from the Portland International Airport. 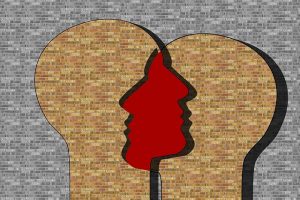 A praciting criminalist for over 10 years, specialized in lie detection and forensic hypnosis, Eldon is the award-winning best-selling author of over 300 books, audio and video programs. The host of the popular radio show Provocative Enlightenment, Eldon has been featured in films, print, television and radio. A Fellow with the American Psychotherapy Association, he has made a lifelong study of the human mind, earning doctoral degrees in psychology and metaphysics.

His books and audio-video materials have been translated in more than a dozen languages and sold millions worldwide. Yet, when going over his byline with him, so I would properly introduce him on stage in front of our audience, he brushed off the entire paragraph, saying: “Forget all this stuff. Just introduce me as Eldon.” In one sentence, he summarized the depth of humility that characterizes him.

Knowing full well personalities of his status are typically fetched by limousine chauffeurs at airports around the world, offered champagne and ushered to VIP suites, it felt considerably inappropriate to be picking him up at the wheels of my litte white Crosstrek. Yet, we hugged warmly and off we went on our way to the conference, the three of us deep in fascinating conversations.

A Journey into the Fascinating World of Mind Science

Eldon’s presentation on Mind Mastery was fascinating, throught-provoking, transformative and entertaining all at once.

Adding to the depth and richness of his research and contents, his warm, inviting and effortless style, together with his constant humor, had our audience laughing throughout the afternoon. I am confident everyone left the day feeling as deeply touched and transformed by his presence as I did.

Being granted the opportunity to spend a day with Eldon was a blessing to all of us, which we are deeply grateful for.