Due to the traumatic nature of violent crimes, victims and witnesses often experience blocks in their ability to recollect key information and essential elements surrounding the events. Sometimes, the blocks extend over long periods of time, for which the person is unable to recollect any of their memories.

This was the case of a multijurisdictional murder investigation, in which one of the prime suspects contacted me to undergo forensic hypnosis on the recommendation of his legal and medical teams. Our client was unable to recollect any of his memories covering a period of a month and a half leading to the murder of his child in the spring of 2007. He also had no recollection of the week of the murder and wanted to be assisted in recovering every possible memory that could enable him to understand what had happened to his child. 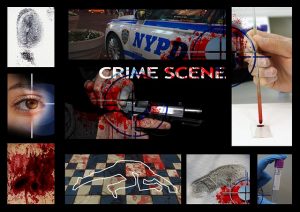 Diagnosed with post-traumatic stress disorder (PTSD), our client indicated he had been going through extensive psychiatric and psychological counseling, twice a week, going over autopsy photos, files and reports, in an attempt to determine the origins of the wounds sustained by his child. Nothing had been successful in enabling him to recover his memories of the events.

To assist the ongoing investigation, our goal was to retrieve our client’s memories relating to the week of the murder and to the events that took place over the course of the month and a half preceding the murder.

Our client had never been hypnotized and did not have any knowledge, experience or information in the process or nature of hypnosis. In a state of hypnosis, using tactile, olfactory and visual sensory memories, our client was able to recapture the day-to-day chain of events leading to the moment he found his child unresponsive. 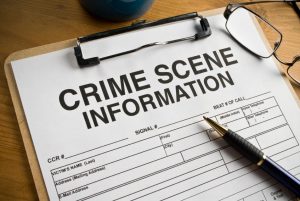 His memories of a large segment of time had been repressed, in part due to the traumatic nature of the crime, and also due to the weight of potential consequences.

Stress, fear and trauma can affect the normal functioning of our memory in a number of ways. In some cases, the traumatic event in itself can be partially or entirely repressed from the conscious memory. In other cases, while memories of the traumatic event remain intact, post-traumatic stress disorder can lead to subsequent troubles in the person’s capacity to focus, process, comprehend and retain information following the trauma.

When not properly addressed, flashbacks of a traumatic event can start replaying in the mind in the form of intrusive and uncontrollable thoughts. The feeling, often referred to as broken record, is common in post-traumatic stress disorder, obsessive-compulsive disorder, anxiety and depression.

In addition to assisting the memory retrieval process for crime victims and witnesses, hypnosis enables us to address the secondary effects left behind by trauma and empower survivors to recover their emotional balance, strength and peace of mind.