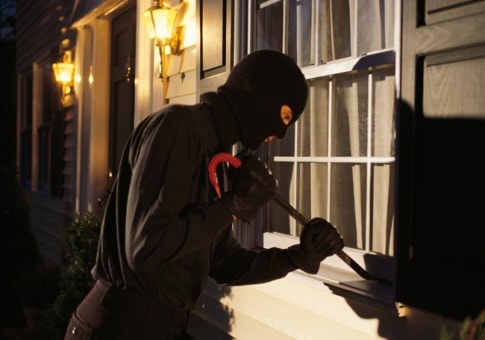 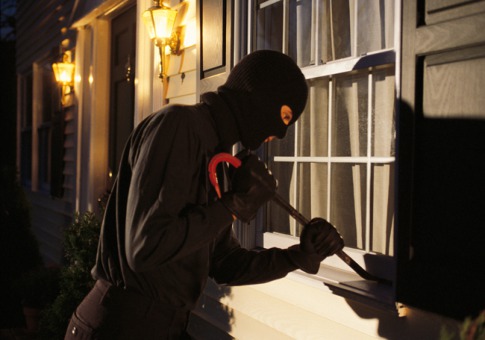 Just stopped a break-in in process…

Another 12-hour shift at my center today, 7 am to 7 pm in back-to-back sessions non-stop all day, as I’m still on antibiotics and ephedrines, attempting to win the fight against acute sinusitis…

Shortly shy of 7 pm, I’m likely one of the only souls left in the building when ‘pop’ the lights go out. Daily automatic shut down to preserve energy consumption. It never fails to aggravate me as I have to stop what I’m doing and walk all the way to the door to turn them back on. Only tonight I didn’t, because I was finishing up a clinical case report on my computer and I figured the reflection from the screen of my laptop was enough for the time being.

So there I am, alone in the dark, typing away at my computer, wrapping the day without a sound, when I see a man’s silhouette approaching my glass door silently. I glance up from my screen and wonder: “What in the hell is this?!” I see the man bend forward and attempt to jam some black-shaped object in my lock. Without a single hesitation, I stand up, close the gap without a sound (I’m in my socks on carpet) and in one swing motion, open the door wide. Standing straight before him, I ask sharply: “Can I help you!?!”

In the blink of an eye, the man ducked before me, spun on a dime and bolted like lightening. I walked with a purpose after him calling: “Hey!?! What do you think you’re doing?!” Only the man ran away so fast, all there was left of him was his shadow disappearing from sight.

I went around the building searching for him, all pissed off that I was that someone had tried to break into my office when it obviously looked like no one was there. Looking for answers. Ran into a colleague, eventually, 15 minutes later down the hall and alerted her.

As I drove back home shortly thereafter, reflecting upon what had just happened, I started feeling truly empowered. Friend of mine police officer once told me: “I feel sorry for the poor bastard who’d ever have the bad idea to corner you in a dark alley.” I remember looking at him puzzled and asking: “Really? Why?” “You look like you can handle yourself” was all he responded. It had left me puzzled at the time, thinking I really should go back to combat training, it’s been too long.

Only tonight, it wasn’t my decade and a half of combat training that sprung forward when I saw the dark silhouette of a man attempting to break into my office. It was that edge you keep from lifelong adversity. Having had to piece yourself back together after so many shattered bones, so many injuries, so many blows and so many hits. Leaves you with an attitude, so to speak. A ‘don’t mess with me’ attitude I guess, that often reminds me of the words of Wyatt Earp: “I’ve had a bad decade, don’t push your luck.”

There was not an ounce of hesitation and no trace of fear within me as I stood up, walked straight to the man and opened the door right in his startled face. All there was, maybe, was that Irish blood of mine rising to the occasion. And I drove home feeling more empowered than I had in years. Right dude, nice try!

“The best defense is a good offense.” Sun Tzu ~ The Art of War 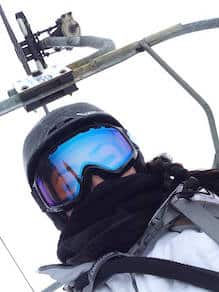 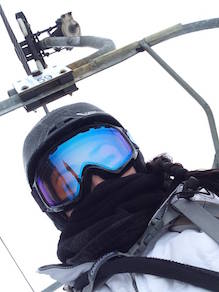 As Spartan Life Coach Richard Grannon often reminds us, when you are depleted, when you feel down and under, there are 4 key steps to be taken:

Discipline is a key to mental health, happiness and success.

It does not happen by itself. There is no magic button.

It takes a commitment. The commitment to invest in yourself, in your health, in your happiness and to take the necessary steps to make it happen.

When I was struggling to get up and out of bed at 6 am, I found a trick. Getting up at 4 am to go to medical school on campus did the deed.

6 am was too easy. It was too lazy. 4 am however, with its absolute edge, did the trick.

I have never felt better in my life than when I am up before the sun and alive to watch the day unfold.